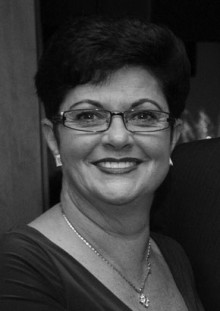 The saying “behind every great man stands a great woman” could not be more true than Mary Liuzzi, the wife of the late Fred Liuzzi.

Mary’s family came from a small seaside town in Abruzzo, Italy.  At the age of four Mary’s family moved to Melbourne to start a new life after World War II.

In 1968 Mary & Fred were married. They soon had four children Alfonso, Margherita, Elena and Renato. Mary was a natural mother and a supportive wife. Her humble beginnings kept the family grounded and ensured that she instilled many of her beliefs and morals to her children. She was the constant in raising the family making it possible for Fred to work as hard as he did.

As Fred became involved in many causes and projects Mary and the family were always there beside him. Mary had particular interest in many women’s causes and those assisting the elderly. This was also Mary’s way of showing her children how to give back to others and respecting and loving those around them.

As Fred became terminally ill and lost movement in every muscle in his body, Mary nursed him at home until his last day. Her strength courage and unconditional love was the most admirable expression of character. Mary was the wind beneath Fred’s wings and the conscience and grounding force of her family. The Fred Liuzzi Foundation could not be more honoured than to have her as their Patron.